Chengdu Train - There it goes, have a good trip!

The excitement is rising. All eyes are on our freight train. It will be the first to reach Vienna directly from China. Everything is ready. The departure signals are giving the go-ahead. The train starts moving. Soon, only the taillights will be visible. What will remain are a lot of impressions from China, a successful state visit and a number of signed cooperation agreements. What lies ahead is a long journey and the anticipation of a reunion in Vienna.

As we reported in our last blog post, the Chinese market holds enormous growth potential for attractive end-to-end logistics solutions to Europe. Having already travelled regularly between China and Europe with three train connections, we are intensifying the development of further China transport operations. In addition to the Changsha-Budapest and Chongqing-Duisburg Connections with one round trip per week each as well as Taiyuan-Lugo/Italy with ad-hoc trains, we are now bringing the first direct connection from the Chinese metropolis of Chengdu to Vienna by rail. This will consolidate our high-frequency intermodal network across European borders.

Today is the day. Together with our Chinese partner company Chengdu International Rail Port Group, we are realising the first direct freight train from the heart of China to the federal capital, Vienna. With this partnership, we are positioning ourselves at China’s most important and largest railway hub, from where most of the trains to Europe are dispatched. Located on the Chinese Silk Road and on the economic belt of the Yangtze River, Chengdu is striving to expand its position as an industrial centre and hub for international trade and logistics. As a result, the Chinese metropolis will become more important for us in the future, since the transport volume of goods between China and Europe is expected to increase on the environmentally friendly rail.

As part of a festive atmosphere, the train loaded with 38 40-foot and six 20-foot containers will leave the Qingbaijang railway station in Chengdu. Both Austrian President Van der Bellen and representatives of the Chamber of Commerce and Ministries, as well as ÖBB CEO Andreas Matthä and the two board members of the Rail Cargo Group, Thomas Kargl and Erik Regter, will be sending the 600-meter-long container train on its way.

A state visit with consequences

In addition to the departure of the train, bilateral talks with customers and partners were also part of the largest state visit. The results were more than pleasing: we were able to sign several cooperation agreements with top players in the Chinese transport industry. Our goal is to strengthen Eurasian transport operations and to bring other high-frequency connections between Europe and Asia to their destination quickly by rail via attractive routes. For our customers, this means continuous transport from a single source with a shorter transport time.

For the time being, our train now has 9,800 kilometres to cover and six countries it has to pass through before we welcome it to its destination in Vienna in the end of April. Join it on its long journey together with us. Stick around – we will get in touch with the first diary entry from the train’s current location soon. 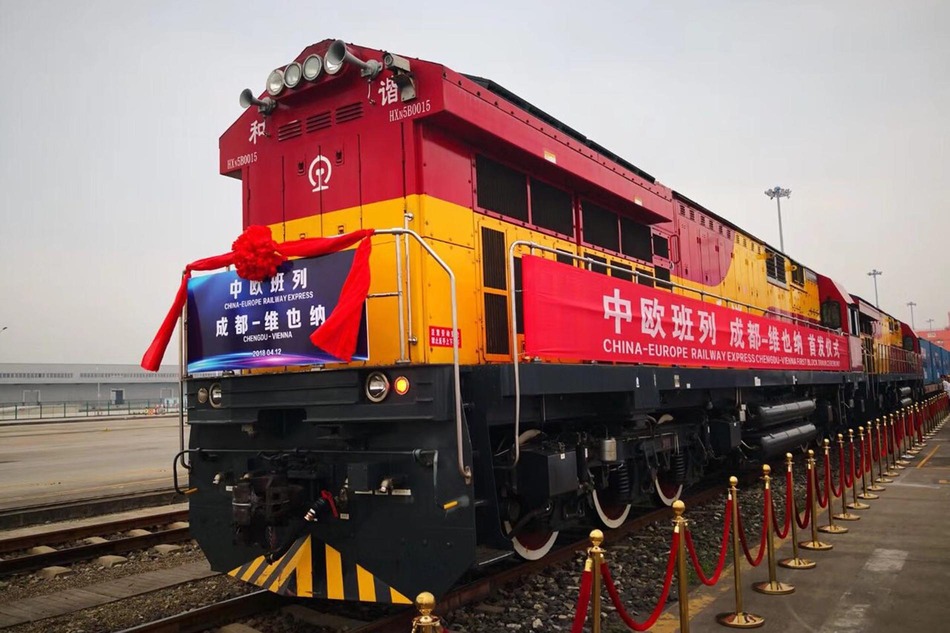 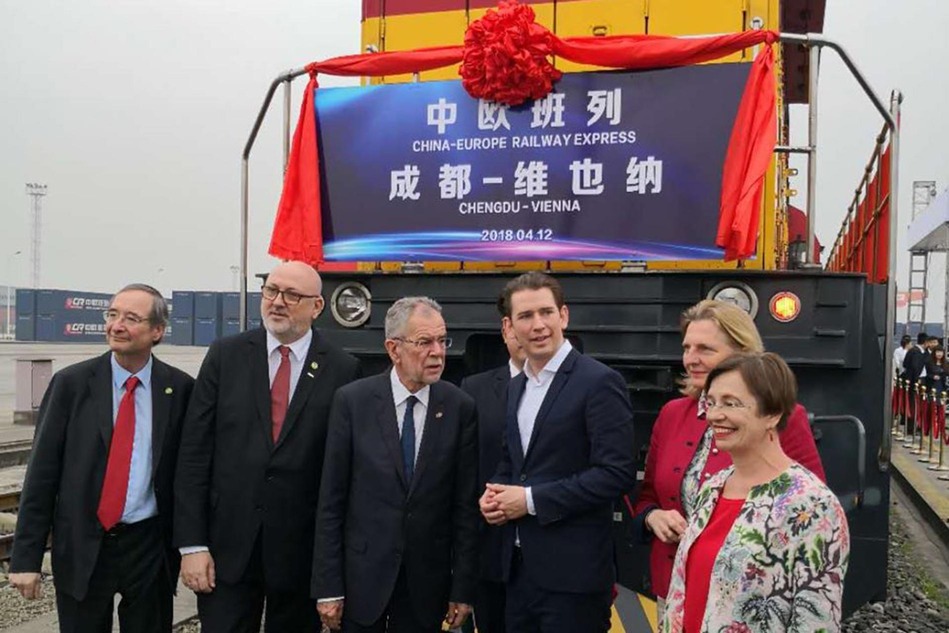 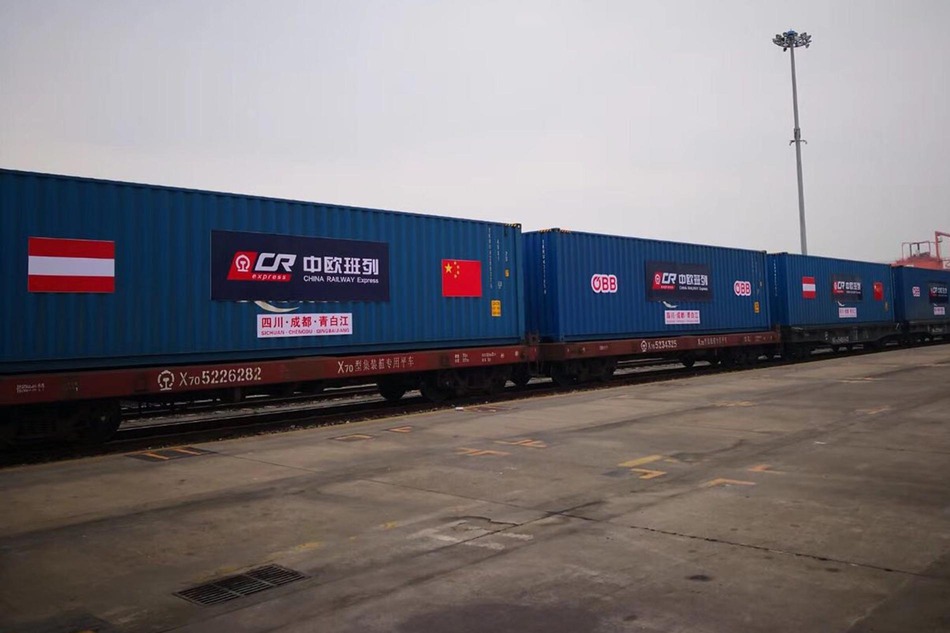 Next Back
I like
Previous article Der erste direkte Güterzug von China nach Wien - Willkommen in Wien! Next article From the Chengdu-Vienna diary

The first direct freight train from...

Our freight train from China, loaded with 44 containers, has arrived safely in Vienna after 15 days. Together [...]
Chengdu Train - Welcome to Vienna! - Read article