The much loved, famous Circus Roncalli is on tour again, making the eyes of young and old light up with delight. The circus company, based in Germany, relies on the tailor-made carrier and logistics services of the Rail Cargo Group for the transport of 1,200 tons of circus equipment by rail.

From the 18th of August to the 2nd of September 2018, the renowned, traditional circus is performing in the outdoor area of the Olympiaworld, in the Tyrolean capital of Innsbruck. Year after year, the German circus company Roncalli, which was founded in 1976 by Bernhard Paul in Vienna, captivates its audience. The company relies on the railway to transport its circus equipment. It is one of the few remaining circus entertainment companies to still attach great importance to this traditional transport route for its logistics. Many of the advantages speak for themselves. For instance, it would prove extremely difficult to master the at least 200 kilometres, which separate the individual hosting cities from each other. One challenge has been the tight schedule and the extremely complex loading and unloading process. A smooth running process, precisely planned logistics concepts, sector-specific know-how as well as our employees’ wealth of experience make it possible for everything to be at the right performance location at the right time. The Roncalli team are in place at the destination station ahead of time, ready to to begin unloading and manoeuvring the lovingly restored trailers.

Managed by Rail Cargo Logistics – Germany GmbH, 50 two-axle flat cars will be provided for transport between the various performance locations for the entire duration of the tour, which will last several months. More than 80 wooden circus and show trailers from the Bernhard Paul collection, various equipment such as fences and tarpaulins, as well as smaller vehicles are transported on a block train, with a total length of 700 metres and weighing around 1,200 tons. During the night of 15th August 2018, the special train with Circus Roncalli equipment arrived in Innsbruck. The Roncalli logistics team started unloading according to schedule at 8am. The historic circus trailers were safely pulled up the loading ramp with an old Hanomag tractor so that those famous lines could be heard again: “Clear the ring for Circus Roncalli!” 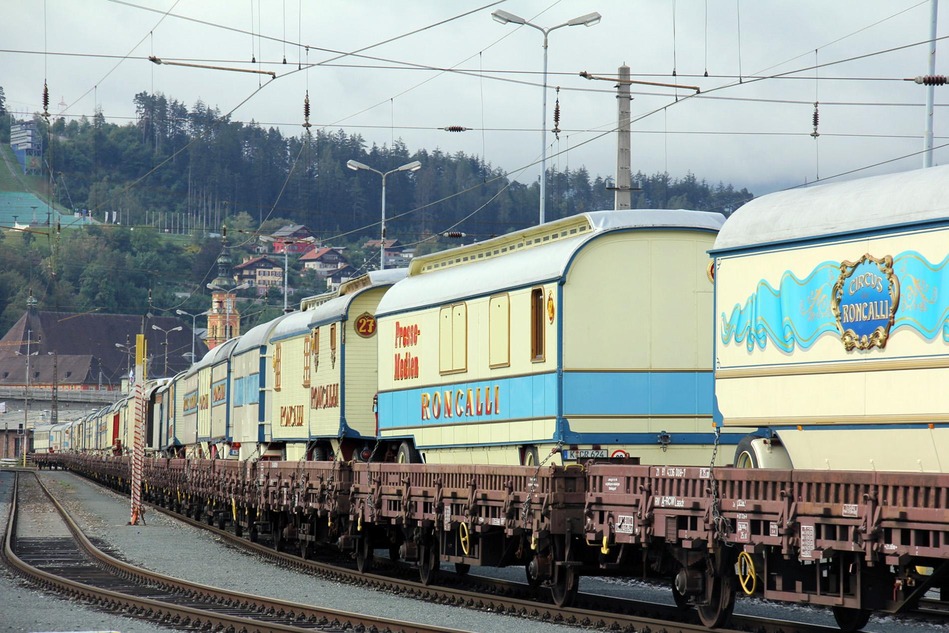 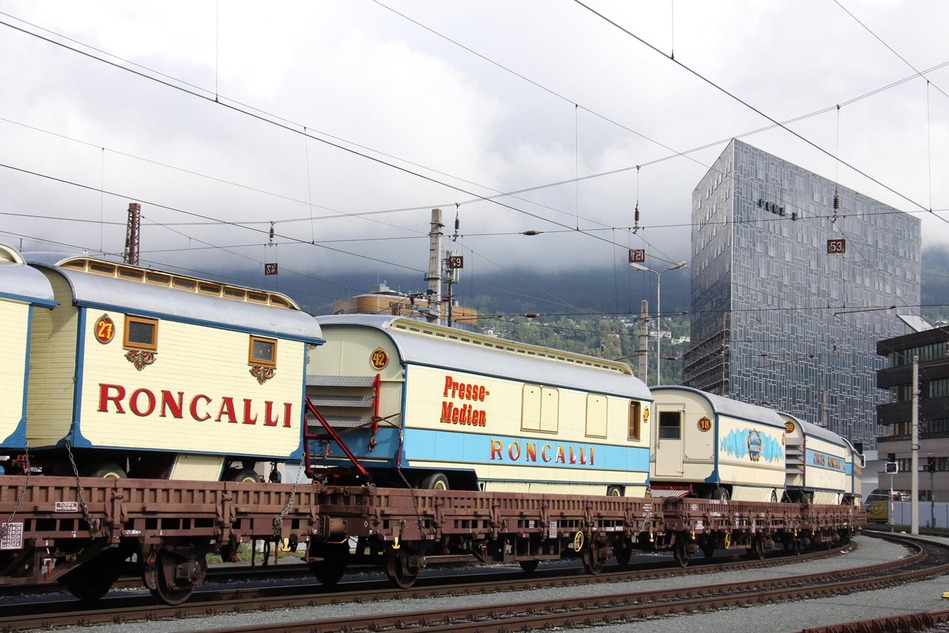 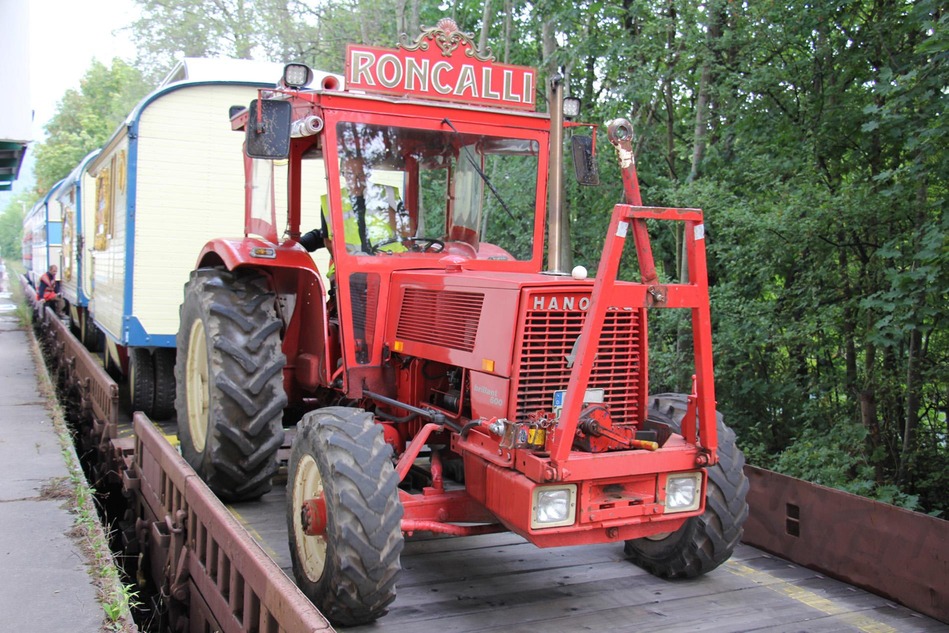