Alim Öztürk has always had a soft spot for trains. Since his early childhood he has dreamed of driving a locomotive. Finally, around a year and a half ago his wish became a reality.

Alim Öztürk has always been enthusiastic about trains. Since his employment in the rail industry after school did not work out, he decided to go into the construction industry and was employed in the scaffolding business for several years. Nevertheless, the thought of working in the rail industry never left his mind and he decided to give it another try. He started at EBM Cargo (now Rail Cargo Carrier - Germany) as a shunting attendant – but he soon realized that this was not the end of the line. “I was trained as a locomotive driver and don’t regret a single day. The time was very intensive with training units throughout the day and studying times at night, but I persevered and finished with a diploma in my hands which was compensation for all that effort".

What a good driver has to bring with him for the job is absolute reliability, mental resilience and a certain technical understanding. The normal working day begins with the braking preparation on the locomotive (braking function, horn), which Alim Öztürk carries out together with the wagon inspector. Afterwards, he loads the current timetable onto his tablet and informs himself about possible speed restrictions caused by construction sites or other obstructions. Finally, after checking with the dispatcher, the journey can begin. "The greatest challenge is to withstand the pressure of time,” he says, “because safety always has top priority.”

He has been working for Rail Cargo Group for a year and a half now and is as enthusiastic as on the first day. “It is fascinating to drive the Taurus locomotive with around 8,000 hp and to be at the head of a train that weighs 1600 tons and is 700 metres long. With an average speed of around 100 km/h, I transport our customers' goods right across the Rhine area.” Alim Öztürk used to mainly travel between Passau and Landshut, but for about three months he has been travelling with the freight trains on his personal favourite route between Duisburg and Würzburg. “I really like this route, it's a dream landscape with castles, rock faces, forests and vineyards.”

Since I've been working as a train driver, I've enjoyed my work. I can only advise anyone who is interested to take the plunge into the locomotive 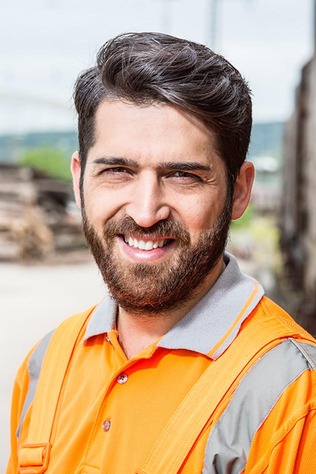 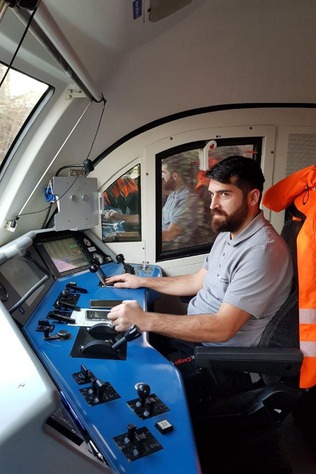 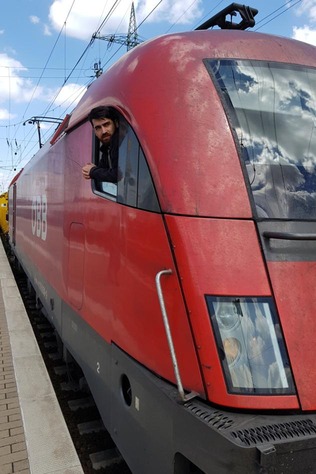 We are looking for locomotive drivers! More about the training

In our new series we accompany seven motivated colleagues from Italy on their training path to becoming train [...]
Part 1: An international team - Read article