34 mother tongues, one story, one company

Although the Rail Cargo Group's home market is Austria and Hungary, it is at home throughout Europe and on its way to Asia by now. That was not always the case. From a national freight carrier, we have developed into an international logistics player that speaks the language of its customers.

Every day we go shopping - food, textiles, shoes. Smartphones have become an indispensable part of our everyday lives. In addition, statistics show that every second Austrian owns a car. Few of these products are produced in the country itself. The import quota for Austria is about 38 %. More than 38% of the products manufactured in Austria are exported to a wide variety of countries. Have you ever asked yourself, however, where all the everyday products come from and, above all, which routes they have already taken before they are sold over the counter? And how did freight transport develop? 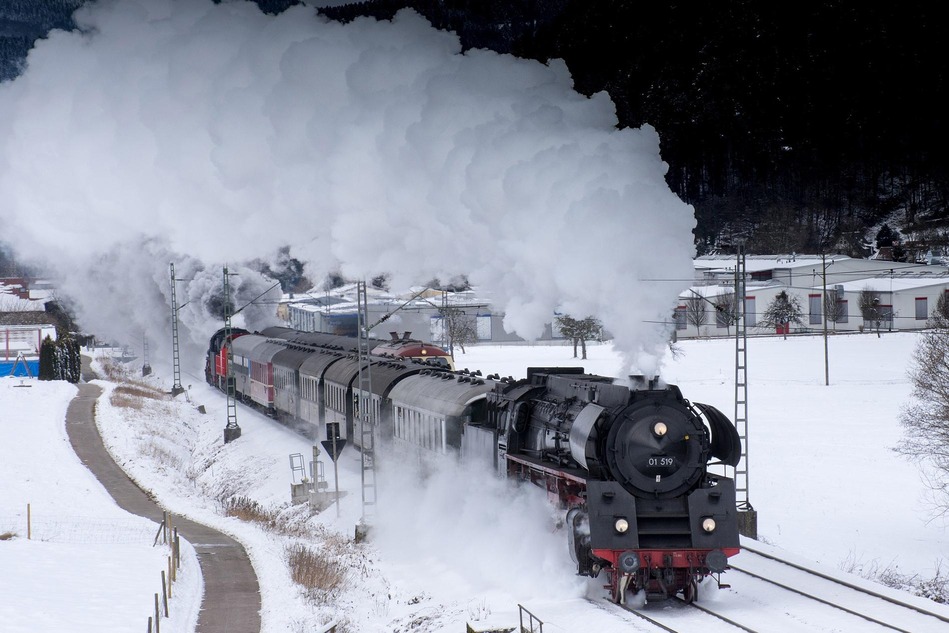 From the steam locomotive to the 10,000 hp engine

The ground-breaking ceremony of the Emperor Ferdinand's Northern Railway, opened in 1838, marked the birth of the railway in Austria. Since then, it has been impossible to imagine life without the railway. It performed functions that other modes of transport (trucks, cars, airplanes) also perform today. Technological developments such as the steam engine have influenced the structure and the volume of goods transported. They were the first to make the current freight transport performance possible in today's quantities and ranges. Goods could always be transported more economically and faster. The transport of perishable goods over longer distances has also become possible.

The significance of ÖBB's freight transport activities began with the commissioning of the first container terminal at Vienna Northwest freight station in 1968.

In 1992 the brand Rail Cargo Austria was founded for the freight transport services of ÖBB.

In 2005 it was founded as an independent company. The classic national rail carrier quickly developed into an international logistics company. In 1999 ÖBB started a cargo expansion offensive with the takeover of the international forwarding companies Express-Interfracht and their subsidiaries. The acquisition not only strengthened ÖBB's position in Europe, but also enabled direct market access in Eastern European countries from Poland to the Ukraine, in Southern and Southeastern European countries such as Italy, Slovenia and in countries of the Middle East thanks to the new branches and sales offices. Obtaining the first foreign safety certificate in 2004 marked the start of a broad-based internationalisation strategy.

In 2008, the Hungarian freight railway MÁV Cargo was acquired as the basis for sustainable growth in international freight traffic.

Today, Rail Cargo Group is one of Europe's leading rail logistics companies and offers a nationwide production network with its own freight railways in eleven European countries.

20 years after the start of the expansion offensive we operate a comprehensive network of end-to-end logistics and connect European conurbations and ports with prospering economic centres in Eurasia.

Today, we move 115 million tonnes of goods a year and cover almost 52 million train kilometres to transport goods to their destinations.

To achieve this, we rely on our 8,700 employees from 34 nations who speak the language of our customers. Because diversity is what makes it so special to develop industry-specific logistics solutions that not only keep our promises, but also surprise our customers every day with new ones. That's what sets us apart.