High-performance, 6400 kW, 90 tonnes, a top speed of 160 km/h, almost 19 metres long, over 3 metres wide, over 4 metres high and deployable in different countries – this is the new powerhouse for the Rail Cargo Group. The acquisition of new locomotives lays the foundation stone for competitive, economical, ecological freight transport.

Daily transport volumes are increasing constantly. A multi-year trend that shows no sign of halting in future. The Rail Cargo Group bundles all available resources to offer the best-possible rail logistics services and to maintain the customary high quality levels. To help expand our internationalisation activities in the field of freight transport, we are adding new electric locomotives to our fleet. Because alongside numerous initiatives to sustainably increase productivity, we are investing not only in the development of innovative wagon equipment and technologies but also in new traction units. With this expansion of our locomotive fleet, we are not only ensuring reliable end-to-end logistics solutions, we are also investing in the future of environmentally friendly rail freight traffic. In the form of 1293 series locomotives from Siemens, Austrian Federal Railways (ÖBB) is acquiring a new generation of rolling stock for cross-border freight transport. The framework agreement signed in 2017 foresees the delivery of up to 200 of these Vectron electric locomotives. In an initial instalment, 30 multi-system locomotives for alternating and direct current have been ordered. New locomotives mean more goods removed from roads and placed on railways – another step towards reducing greenhouse gas emissions.

The 6,400 kW Vectron traction units will cover almost the entire European operational area. The Rail Cargo Group already has a strong presence in the European market, so it’s clear that the locomotives must also meet the corresponding requirements. The new power unit is therefore a multi-system locomotive, meaning that it can operate in different countries with different technological frameworks. Starting from our home markets of Austria and Hungary, the new locomotives will travel to neighbouring countries, including Italy, Slovenia, the Czech Republic, Germany and Hungary, and soon reach Poland as well. Furthermore, the locomotive is fitted with an Austrian remote control concept and can operate in multiple-unit trains with other ÖBB vehicles, allowing it to integrate perfectly into the existing fleet. The traction units are naturally equipped with the European Train Control System (ETCS), a fundamental component for future standardisation and unification of European rail transport, which will enable even more efficient procedures.

The christening ceremony for the first Vectron locomotive took place on 5 March.

Continued internationalisation is an integral part of our strategy and offers tremendous opportunities. The Rail Cargo Group already ranks among the top players in Europe, with comprehensive coverage provided by subsidiaries in many countries. However, the company’s clear objective is also to extend its operational range beyond Europe’s borders. The target network extends from the north-south axis from Germany via the Balkans to Turkey and beyond to the trans-Caspian route with connections to Russia and China. The acquisition of the new Vectron locomotives marks a significant step towards strengthening these cross-border freight transport links. 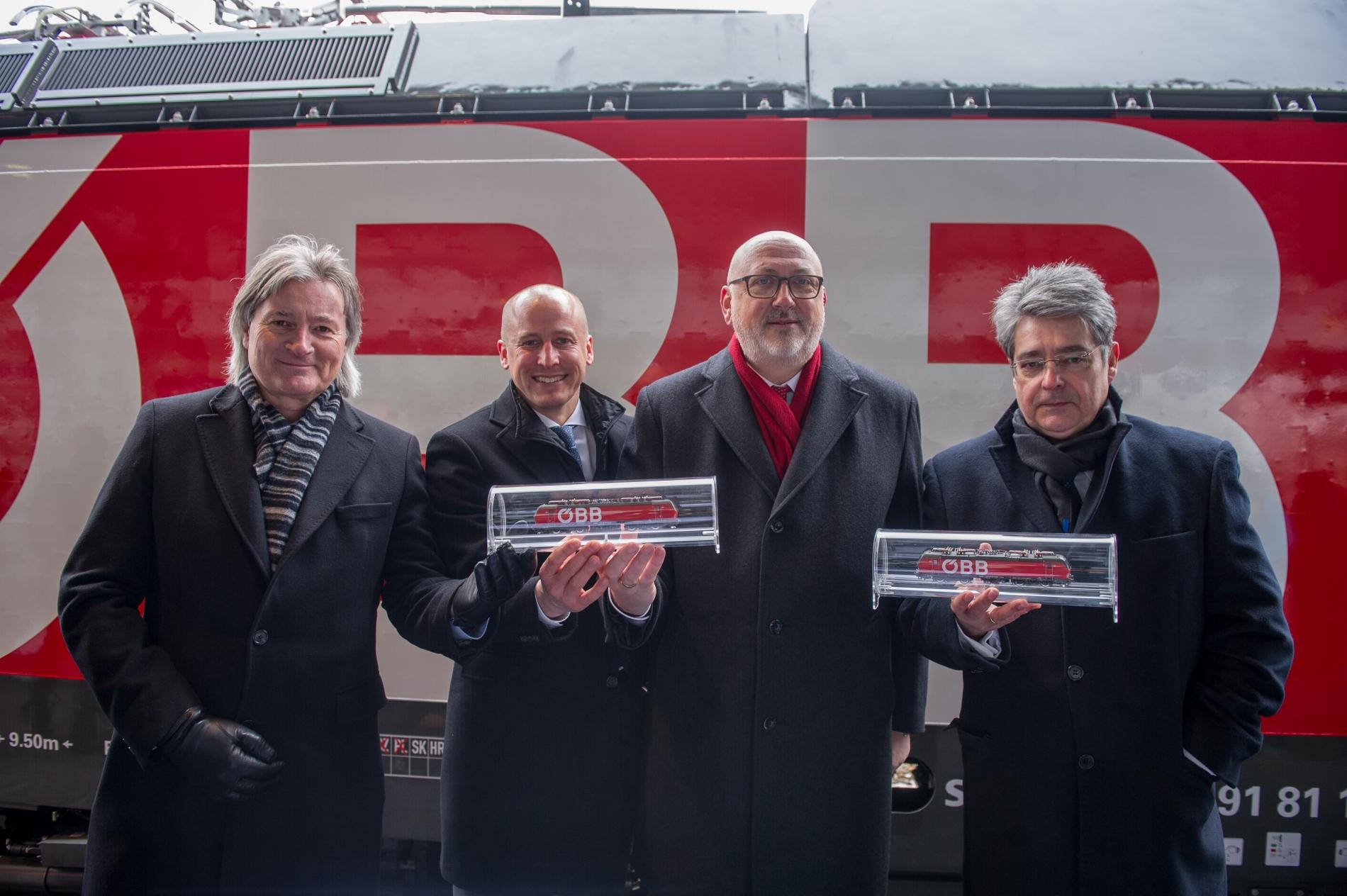 Next Back
I like
Previous article RCG wins EVA Award 2018! Next article The new TransFER: Linz - Duisburg