A T-shirt on a journey

The Land of Smiles exports more goods than any other country in the world. We have taken a close look at the different modes of transport that transport textile goods by container from China to Germany. Why rail is an attractive alternative to ship and air...

Textiles from China come to Europe in containers, which can consist of jeans, men's suits, women's blouses, anoraks, sports shoes - the complete repertoire. Textile imports from the Far East to Europe are increasing rapidly. Furthermore, the import quotas, which each country limits to a certain amount of maximum exports, fell over ten years ago. In 2018 alone, textile and clothing goods worth over 10 billion euros were imported from China to Germany, 43 percent more than ten years ago. Which brings up the question, how do goods from China get to us? There are some possibilities for this, but the modes of transport such as day and night differ - both in terms of transport costs, transit time and the ecological footprint.

We wanted to know exactly and decided to take a closer look into the different modes of transports and travel routes of a T-shirt. From the heart of China, from Chongqing - the world's most populous city with 32 million inhabitants - we travel to Duisburg, Europe's logistics hub for excellence. There are three possibilities to transport T-shirts from China to Europe: either by airfreight, by ship and of course by rail. 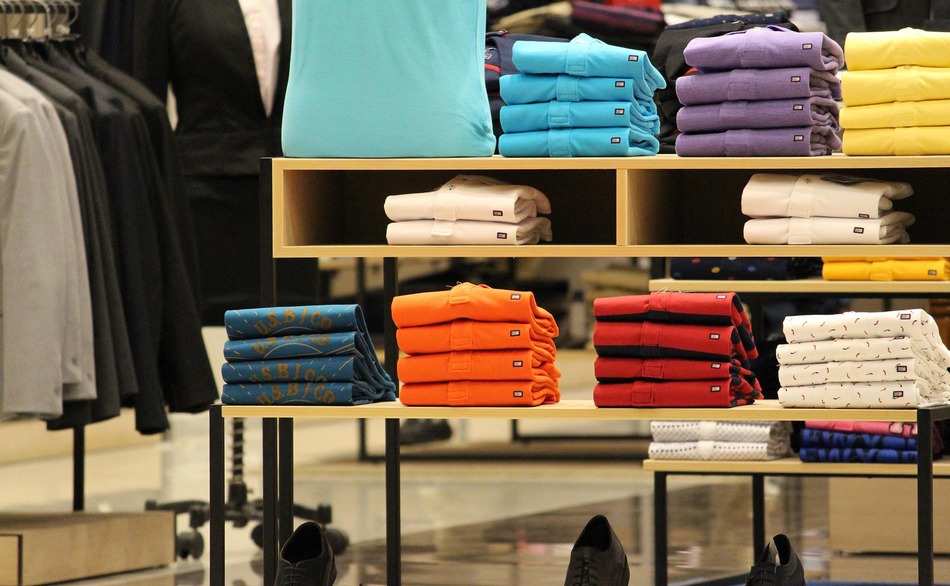 If we look at the transit time, the plane is at the top. The T-shirt reaches its destination within six days. As fast as the T-shirt reaches Germany, it results in a large ecological footprint. With 4,267 tons of CO2 emissions, the aircraft is by far the most polluting mode of transport. Attention! To absorb this amount of CO2, an eleven-hectare beech forest or a beech forest equivalent to sixteen football fields is needed, which consists of trees that can take approximately eighty years to grow.

By comparison, the journey by ship takes eight times as long, and even up to fifty days. However, greenhouse gas emissions are very low.

Transport by rail takes an average of fourteen to a maximum of twenty-two days, but emissions are only a eleventh compared to the plane. The almost 11,000 km route runs from Chongqing via Russia, Kazakhstan and Poland before it finally reaches Germany. Further, the problem lies with overland transport due to the track gauges not being the same everywhere in the countries mentioned. For this reason, the containers have to be reloaded at two points. As an end-to-end logistics provider with a comprehensive network, we not only focus on the main leg of the journey by rail, but also take care of every detail. For example, the organisation of pre-carriage and onward carriage, i.e. the final delivery to the recipient, is also part of our one-stop service.

In summary, if we compare the transport time with the ecological footprint of all three modes of transport, there is one clear winner: the environmentally friendly railway. 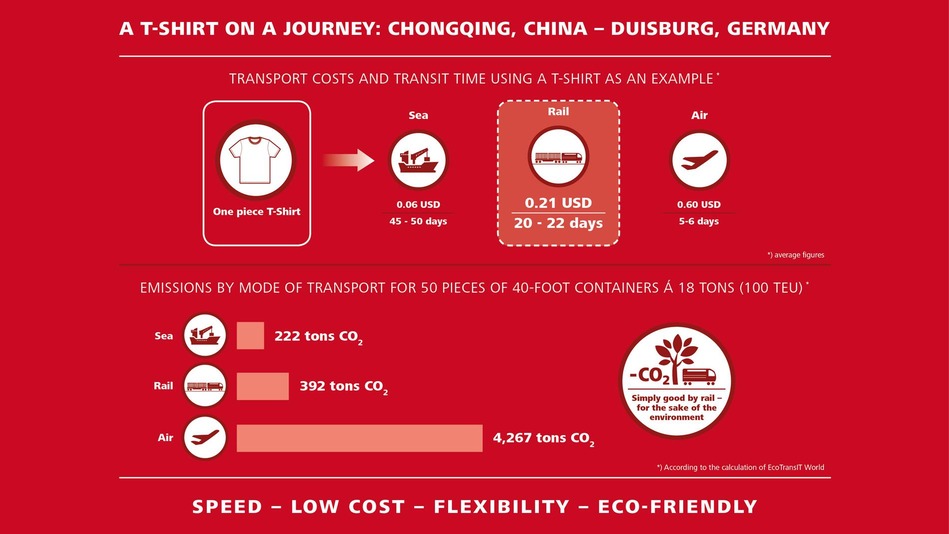