The Netherlands: lifeline of the flow of goods

This is not the only reason why the Netherlands are becoming an increasingly important logistics market for the ÖBB Rail Cargo Group.

What you can’t take by bike, you can take by train!

International trade has not only shaped the economy of the Kingdom of the Netherlands from the word go, it also represents one of its lifelines. Agriculture and the food industry are among the most important economic sectors.

This is why the Netherlands is the world's second largest exporter of agricultural products after the USA. The significance of the Netherlands as a port city is all the greater.

Rotterdam is not only the largest seaport in Europe, it is also the hub for the global flow of goods. From Rotterdam's city centre to the North Sea near Hoek van Holland, the port covers around 120 km².

Rotterdam provides scheduled services for transporting goods to and from more than 1,000 ports around the world. 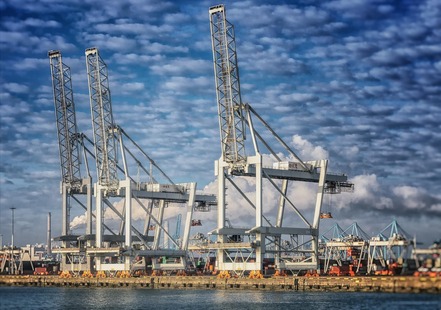 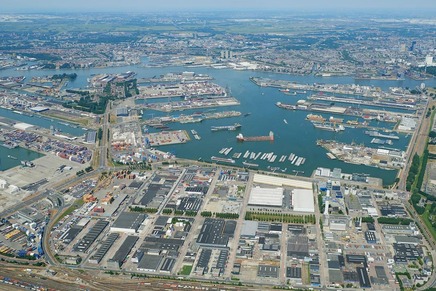 Through our existing network we can also offer onward connections to Vienna, to the BILK Budapest terminal and as far as Turkey and China.

RCG currently operates three to four round trips per week between Wels/Linz and the Wolfurt terminal to Rotterdam. In 2020, RCG transported a total of 25,560 TEU (Twenty-Foot Equivalent Unit = 20-foot standard container) to and from the port of Rotterdam.

Sustainability at sea and on the rails

The Port of Rotterdam has the ambitious goal of becoming the most sustainable port in the world and setting an example for others to follow. Ecological modernisation projects such as the promotion of sustainable energy sources from wind, sun and biomass contribute to this.

Together with the leading European freight railways, we have also set ourselves the goal of shifting 30% of our freight volume to the environmentally friendly railways by 2030.

It is good that our business model is sustainable per se. The CO2-neutral port and RCG's environmentally friendly freight traffic are thus doing everything they can to make their contribution to climate protection. No goods can be transported to the Netherlands in a more sustainable way.

Railways in the Netherlands

The rail network in the Netherlands has a total length of 3,000 km and is the busiest in Europe. The rail freight market has been liberalised for more than 20 years. In 2016, there were 21 rail freight companies and 8 passenger companies operating on the railways.Since the European Commission wants to promote competitiveness, any railway operator can offer rail transport on regional routes from 2021. The state-owned Nederlandse Spoorwegen (NS) has an exclusive concession on the main railway network until 2025.

Our TransNET shows you all TransFER connections at a glance - Get clicking and give it a go. Discover a world of possibilities – TransNET, let’s play!