Black Sea coast, mountain ranges and historical excavations. Bulgaria is a diverse country in which rail freight transport has as much tradition as it faces the future. The Rail Cargo Group offers the full range of transport services in Bulgaria.

Bulgaria is located in the eastern half of the Balkan Peninsula, covers an area of around 110,000 km² and has a population of almost seven million. The country borders Turkey and Greece to the south, North-Macedonia and Serbia to the west and Romania to the north. In addition to the capital Sofia, Plovdiv, known for its ancient sites, and Burgas, the industrial metropolis at the Black Sea, are among the best-known cities.

Politics and economy on the upswing

The Bulgarian economy is developing very dynamically; especially since joining the EU in 2007, economic relations with Europe have strengthened. Compared to Western Europe, however, Bulgaria still has potential in many aspects.

Bulgaria is an important partner for Austria's economy. In the years before the pandemic, especially the export of goods from Austria to Bulgaria developed very well. In 2019, Austrian goods exports to Bulgaria increased by 11.3% to 817.9 million euros compared to 2018, while imports from Bulgaria rose by 1.7% to 528 million euros. Export hits are machinery and mineral fuels, but copper and goods made of it are also sought-after export goods.

The rail network in Bulgaria is around 4,000 kilometres long and covers all the country's major towns and cities. Narrow-gauge railroads operate in more inaccessible areas of the country and on routes with few passengers. When the first railroad line was opened on the territory of today's Republic of Bulgaria in 1866, Bulgaria was still under Ottoman rule. The 224 kilometer line runs from the Danube port of Russe to the Black Sea port of Varna. It was built mainly for freight traffic and is still the main artery of freight traffic and of great importance for the transport of goods between the Black Sea and Europe. 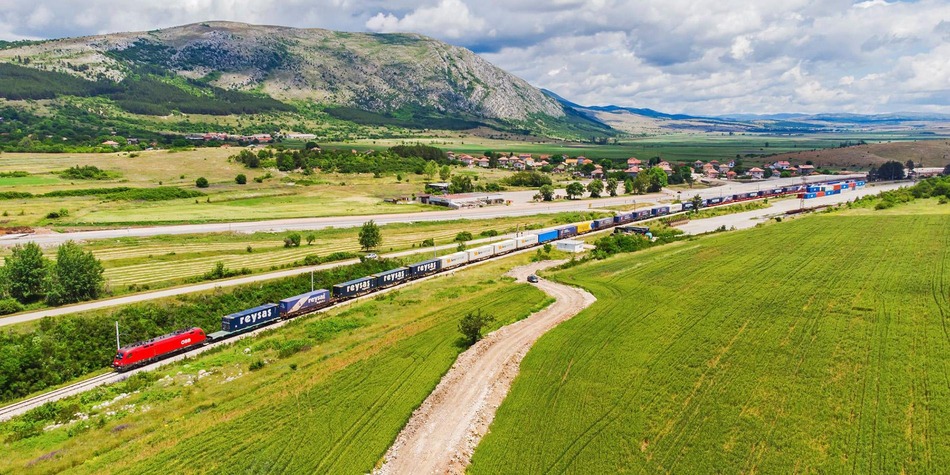 In Bulgaria, we offer the full range of services of an internationally operating rail forwarding company. Thus, we support our customers in opening up markets in Central, Southern and Eastern Europe. The individual wagons arriving from different countries are combined into block trains at train formation points.

In block trains we transport goods with high frequency to Greece, Serbia, North-Macedonia, Kosovo, Albania, Bulgaria, Turkey and vice versa. We specialise in the petroleum, building materials and consumer goods industries. In addition to rail transports, we also offer truck, container and air freight transports as well as overseas transports in Bulgaria and provide additional services such as truck pre- and post-transportations. This year we have already transported 64,000 net tons of goods via the TransFER Budapest–Balkans. This mainly involves the transport of construction materials, chemicals and steel.

I like
Previous article Liquid transports: flexitanks or tank containers? Next article Train driver trainings: From passenger to freight transport