Connecting Europe Express: We’re on board!

2021 is the European Year of Rail. As part of this, "Connecting Europe Express" is putting rail on the map. The train will travel through Europe and stop at numerous European destinations. An initiative launched by the EU Commission to raise awareness of the advantages of rail - including rail freight transport. ÖBB Rail Cargo Group was part of this event at the Brenner Pass on Thursday, September 9. A place well known for its transit traffic problems for years.

The European Union has set itself a target by declaring 2021 the European Year of Rail: In order to reach net-zero emissions by 2050 with the help of the European Green Deal, environmentally friendly modes of transport will be promoted. This will only be possible if more people and businesses switch to rail. Numerous railway undertakings – including ÖBB – are therefore taking part in the EU project "Connecting Europe Express". 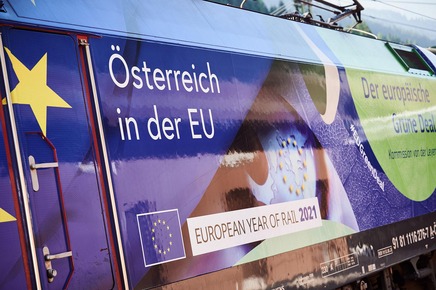 The journey started on September 2 in Lisbon and will travel through a total of 26 countries. On Thursday, the train arrived from Bolzano and stopped at the Brenner Pass before travelling on to Vienna via Innsbruck, Salzburg and St. Pölten. We at ÖBB Rail Cargo Group are pleased to be part of this important initiative for the future alongside several renowned politicians. In addition to Ingrid Felipe, Deputy Governor of Tyrol, Italy's Vice Minister of Transport Teresa Bellanova and ÖBB CEO Andreas Matthä were present at the Brenner Pass. 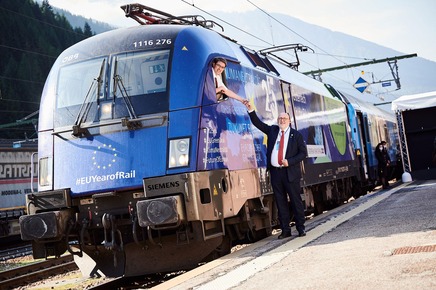 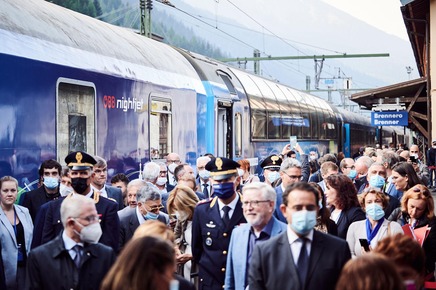 The Brenner corridor is a very important connection for rail freight transport. Because of its transit traffic problems, the Alpine crossing has been a constant source of political debate for years - and not just in Austria. Tempers have been flaring on all sides - from Italian politicians to the Bavarian Ministry of Transport. But here’s the problem: As far as transalpine corridors are concerned, the Brenner Pass is still by far the most congested crossing. In 2019, for example, the freight volume passing through the Brenner Pass amounted to 53.8 million tonnes. Of this, 39.9 million tonnes were transported by road*. For local residents, this has resulted in a number of specific problems: Noise pollution, traffic congestion, driving bans and poor air quality. Various media reports have even referred to the issue of "transit terror". On top of this, given that road freight transport in Europe is expected to increase by 30 percent by 2030, it is time to take action.

We at ÖBB Rail Cargo Group are proud to have provided transit relief at the Brenner Pass for many years in cooperation with the Austrian Federal Ministry of Climate Action, Environment, Energy, Mobility, Innovation and Technology and the region of Tyrol. With the rolling road, freight lorries can cover parts of their journey by rail, while truck drivers can sit back and enjoy a coffee in the comfort of the accompanying passenger carriage. In 2020 alone, 147,340 lorries were transported by rail and road traffic was reduced for the local population. The Rail Cargo Group, an ÖBB freight transport subsidiary, operates the cross-border connection between Wörgl and Trento from the terminal in Wörgl, in addition to the Brenner Pass connection. The connections on the Brenner axis are being increased by another service between Wels and Maribor.

As well as providing much-needed relief for the transit-plagued region of Tyrol, there are also numerous other advantages: The ROLA can transport almost any lorry, is safe and quiet, saves costs (such as toll charges or fuel) and allows transit through Tyrol even when there are road traffic bans. 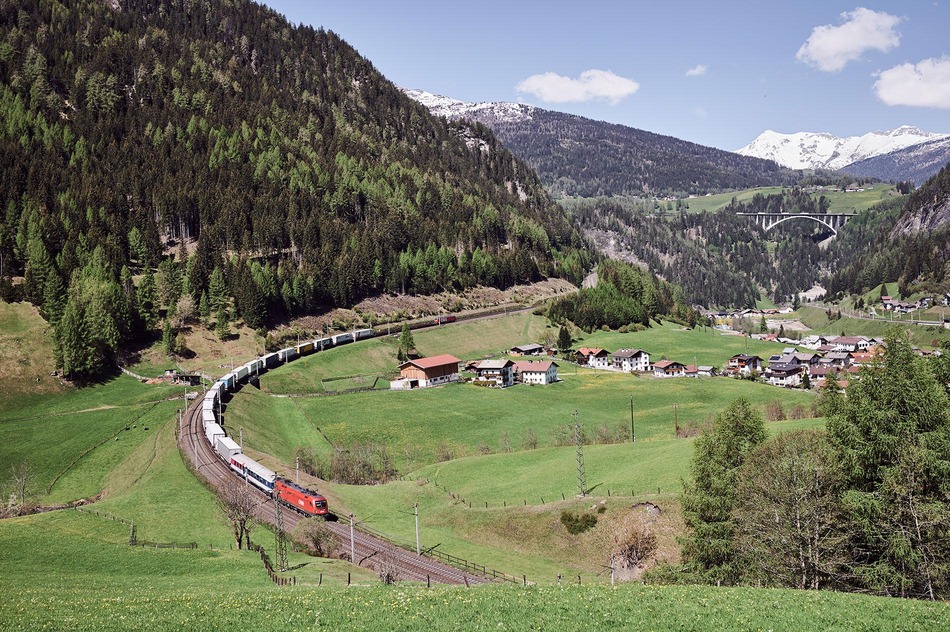 As part of the "Connecting Europe Express" project, the stop at the Brenner Pass underlines how important it is for the future and for achieving European and Austrian climate goals to shift transit traffic to rail. ROLA has shown for years that it can work: For example, each Wörgl-Brenner ROLA journey is 22 times more environmentally friendly than travelling by road. Since the beginning of the year, more than 110,000 lorries have also been transported in an environmentally friendly way via the ROLA Brenner axis - this represents a CO2 emission reduction of 15,000 tonnes. The following comparison helps us understand these figures: A forest with over 1.2 million beech trees compensates for the same amount of CO2 each year as the amount that has already been saved by ROLA this year. And with every lorry that we transport by rail, we are helping our environment and our population a little bit more.

I like
Previous article Career and apprenticeship at ÖBB Rail Cargo Group Next article Climate: Transporting waste by rail 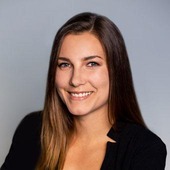