My commitment to environment & society: When Adrienn Gassner allowed a fleeing mother to stay with her.

Adrienn Gassner is a project manager at Rail Cargo Group. After war broke out in Ukraine, she allowed Maria, from Kyiv, to stay at her home for six months. She now says: “I would do it all over again.”

Our blog series “My commitment to environment & society” tells stories of RCG staff who help preserve our environment and contribute to society in their spare time.

When war broke out in Ukraine early on the morning of 24 February 2022 and all of Europe were confronted with a new reality, Adrienn Gassner drew a rapid conclusion: “I just looked at my husband and asked ‘would we like to help?’ He simply said ‘yes, absolutely’ in response”. Adrienn made a room available soon afterwards. However, before the neighborhood support could contact her to help, a friend established contact with 52-year-old Maria, from Kyiv. Two days later, Maria and her adult daughter fled to Vienna via the Ukraine-Hungary border. The daughter comes to live with her boyfriend in Vienna, the mother henceforth with the Gassner family.

What is it like to host another person in your home?

Maria’s first few days in her new home required time to become accustomed to her new surroundings. Communication took place in English as far as was possible, even with the family’s three children. Adrienn made sure that Maria could rest: “Maria had her own room and therefore had some degree of privacy. From the very beginning, I told her that she should rest and there was no need to help out.” Maria became increasingly well integrated over the coming weeks, helping out in the kitchen, hanging out laundry, and took part in online coaching in Ukrainian. The emotions triggered by the war were never far from the surface, even during family meals. Adrienn said in hindsight: “I was pleased that my children didn’t understand English too well back then.”

Time for a new beginning

Just before the Gassners set off for their summer holiday, Maria said that she wanted to start working once again. A few weeks later she landed a job as a hotel receptionist in Salzburg. Adrienn: “I was really impressed that Maria didn’t feel sorry for herself for a single second. When you consider how well she had it in Ukraine, it’s quite remarkable. She had her own interior design business, her own car and apartment, a really good life. She had to leave all that behind.” Despite the chaos of war, Maria’s story is also a success story. Adrienn and her family are proud to be a part of it.

Would do it all over again at any time

Nowadays, Adrienn is rarely in contact with Maria. Nevertheless, she would be more than happy to host anyone who needs help. “It certainly isn’t always easy, but it expands your horizons. Noticing cultural differences every single day make your life much more colourful”, says Adrienn. Her friends also help out. What happens if you don’t have a spare room? “It doesn’t matter. There are so many different ways you can help.”

I like
Previous article RCG goes China: Five reasons why this is welcome news for our customers Next article On honeymoon by rail 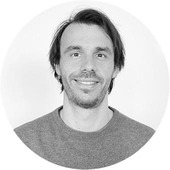 About the author Reiner Kapeller