Noah's Train: a Call of the Wild and a Call to Action

The green containers on Noah’s Train were still a blank canvas when it was launched in December 2018 at the World Climate Conference (COP24) in Katowice, Poland. From there, it has made its way across Europe and has visited more than 10 cities. It already consists of 17 artfully designed containers and measures over 200 metres in length. In every city where Noah's Train has stopped, creative street artists have come together to produce a real masterpiece - the longest mobile work of art.

The animal kingdom as a climate ambassador

This artwork is not only unique - the animals also have an important message for the world: if we want to do something for the environment, we must shift at least 30% of our freight transport to the rails by 2030.

Let us show you the artists behind this great artwork

The strong shark and the blue whale, the mighty tiger and the zebra were the first animals to be painted on the containers in December 2018 by sedr84 and samerups in Katowice, Poland.

In January 2019, CONCRETE came next with the kingfisher, the flamingo, the gecko and the orca in Vienna.

In Berlin, two weeks later, the brown bear, the ladybird, the frog and the crab were added by RIOT 1394 and Skenar73.

RETRO and Monsieur HOBZ designed the elephant and the toucan as well as the horse and the fish in Paris in February.

In the same month, SMOK and RiseOne brought the crocodile, the octopus, the monkey and the second tiger on board in Brussels.

At the event in Rome in May, Mr.Wany and Neve crafted the wolf and the butterfly, the magpie and the snake.

In Switzerland it was the ibex’s and the hard-working ant’s turn at the hands of Chromeo Spreadcolor and Rips1.

Daniel Mac Lloyd and Alain Welter painted the owl and the red kite as well as the fox and the raccoon in Luxembourg in July.

The newest containers added in Madrid display a turtle, a parrot, an osprey and the lynx, painted by Sabek and Mister Piro.

Together, they are calling for action on climate change.

Thank you to all our artists who brought this fantastic climate protection project to life!

I like
Previous article Take the ROLA, save frustration – a travelogue Next article Kings&Queens at the Oberbank Forum in Linz 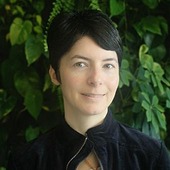 About the author Andrea Hanna