The best solution for Tyrol: piggybacking trucks to the railways

The Rolling Road (ROLA) is the most practical solution to get the rapidly growing problem of Alpine transit under control. Tyrol, the most severely affected transit state in Austria, welcomes intelligent solutions to get trucks off the road and onto the rails.

Europe’s economies are growing, and this is leading to an increase in freight transport. However, the transit problem has become acute in recent years due to the comparatively low toll rates on the Brenner route and the access routes in Italy and Germany. This has put strain on people, nature and infrastructure.

In 2018, more than 2.5 million trucks were recorded on the road across the Brenner for the first time.

This figure is much higher than at any other Alpine crossing. This is not the only reason why the shifting freight transport to rail is a sheer environmental and socio-political necessity.

Rail also counts as the safest means of transport.

According to the Ministry of Transport, the risk of rail accidents occurring is 64 times lower than that of car accidents. The fatality risk in road traffic accidents doubles when a lorry is involved in the accident. 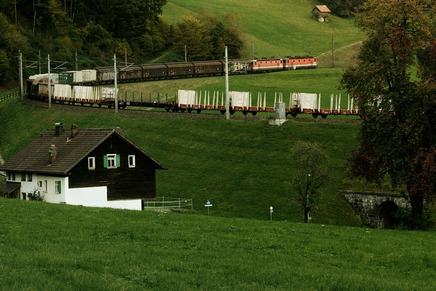 The key role of the railways

In order to achieve noticeable reductions in noise, exhaust and dust pollution for people who live along large transit routes - the Tyrolean Brenner route in particular – it is essential to draw up a package of measures.

In addition to the sectoral, weekend and night-time driving ban as well as the block handling of trucks, ROLA plays a key role.

This is because it ensures that trucks do not accumulate on the road across the Brenner Pass, but are transported by rail in an environmentally friendly manner. 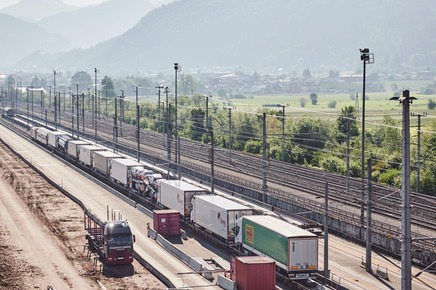 By travelling via ROLA, truck carriers can carry out parts of their transport chains in an environmentally friendly way by rail. In addition, it creates rest and recreation periods for truck drivers and relieves the burden on the population, nature and the province of Tyrol. RCG is therefore taking numerous initiatives to continuously expand its ROLA options on the Brenner route.

The current gross capacity at the Brenner of 206,000 trucks per year is to be gradually increased to more than twice this volume by 2020.

ROLA thus plays a key role in shifting traffic from road to rail and at the same time relieves the burden on the Tyrolean population affected by transit traffic.

I like
Previous article "I'm in control of 10,000 horsepower" Next article We wish you happy holidays!