How a relaxed approach and perfect teamwork achieve just-in-time supply control of high-quality household appliances such as refrigerators and kitchen appliances. It is no coincidence that the world’s number two in the household appliance industry relies on absolutely reliable logistics solutions and thus on our logistics competence.

Almost all leading manufacturers of household appliances use the rail logistics services of the Rail Cargo Group as part of their logistics chain. One such company is BSH Hausgeräte GmbH, the world’s number two in the household appliance industry. BSH attaches particular importance to reliability and cooperation based on partnership.

That is why we have also been handling internal transports for Bosch Siemens household appliances since the beginning of April. Two trains per week are operated between Germany and Turkey. From the BSH plant in Giengen, Germany, we travel through Austria, Hungary, Romania and Bulgaria until our train reaches its destination in Çerkezköy, Turkey, 2,000 kilometres later. Loaded up again, we also return to Germany twice a week. A total of 350 45-foot containers are available for the entire transport process.

144 containers are regularly in rotation, the remaining containers are being loaded or unloaded. In addition, a replacement set of 18 container wagons in Turkey and four container wagons in Germany are available at any time in the event of breakdowns. What’s more, the containers loaded with mixed household appliances or spare parts are secured with special locks. This gives our customers the certainty that the sensitive and high-quality goods not only arrive on time and reliably at their destination, but also in absolutely safety. However, it is not only the transport itself that is part of the customer’s order. The all-round service package including self-traction between Passau and the Bulgarian-Turkish border includes the complete customs clearance. The transported goods are thus seamlessly in our hands throughout.

Transferring cargo on the fly

The conversion of transport operations by the Rail Cargo Group on 1 April literally took place on the fly and completely on schedule. The transport of the household appliances was handled with a competitor at the end of March. While the former logistics partner handled a loaded train at the BSH plant in Turkey, we had already sent our container wagons and containers on their way from the German BSH plant in our capacity as new logistics partner. Even the necessary container changes between the two logistics partners allowed the transports to reach their destination completely on time. This not only fulfilled the customer promise of just-in-time supply control but also confirmed our logistics competence and relaxed approach beyond measure. 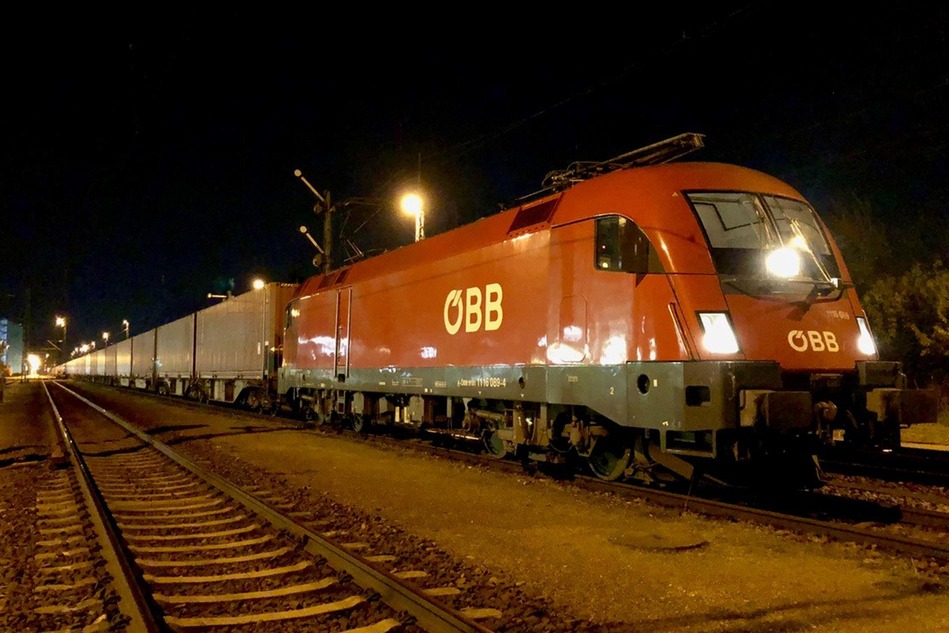 More than convinced by the railway

Steel products require consistently high quality and reliability - without compromise. And that at all levels. [...]
More than convinced by the railway - Read article

Caterpillar on the Rails

Do you know what excavators, track loaders and bulldozers have in common? Exactly. All products made by [...]
Caterpillar on the Rails - Read article

Rauch was founded in 1919 in Rankweil, Vorarlberg, as a contract moster for local farmers. Today, the company is [...]
Fruit juice on rails – Rauch relies on rail freight transport - Read article