From the formative Roman history, the numerous artists of the Renaissance to the very varied culinary delights: Italy's list of important features seems endless, and Rail Cargo Group's logistics solutions in the Italian market are limitless. Furthermore, the peninsula has a lot to offer not only culturally but also economically.

The country with the long Mediterranean coast has had a significant influence on western history and culture. Today, Italy is one of the largest economies in the world and has an astonishing domestic market with high purchasing power, which benefits especially Austrian suppliers because of its geographical proximity.

Around 61 million people live in the beautiful regions of Italy. Exports are a major pillar of the Italian economy, accounting for about a quarter of GDP. A particularly important economic sector is tourism, as Italy is one of the most popular tourist destinations in the world.

Between Gucci and grains

Various luxury fashion houses such as Versace, Gucci and Armani make the textile industry one of the most important branches in the industrial sector. The most important agricultural products are cereals, vegetables, tropical fruits, wine and olives. In order to ensure the complete production of all pasta products made in "Bella Italia", Rail Cargo Group serves Italy's largest grain mills with block trains loaded with wheat.

The railway in Italy

The length of the rail network in Italy is around 24,300 km. Both the network and the transport are, with a few exceptions, state-owned. The state-owned railway company, the FS Italiane Group, is the leader in rail passenger transport with 88% market share and 7% in rail freight transport, and has a rail network of more than 16,700 km. 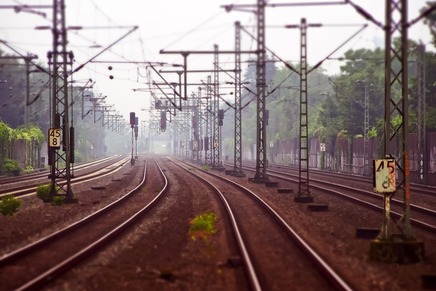 The reason for this is the still rather strong state monopoly position as well as a not optimally developed infrastructure. RCG is represented by four subsidiaries in Italy and ensures nationwide transport with its own production. In 2018, RCG achieved a market share of 3.6 percent in the Italian rail freight market and transported just under 6 million tonnes to and from Italy. RCG is also working with the state-owned rail freight operator Mercitalia Intermodal on the Rail Freight Forward project.

I like
Previous article Green supplies for the European project of the century: Brenner base tunnel Next article The ROLA process in pictures – The Rolling Road is superbly simple